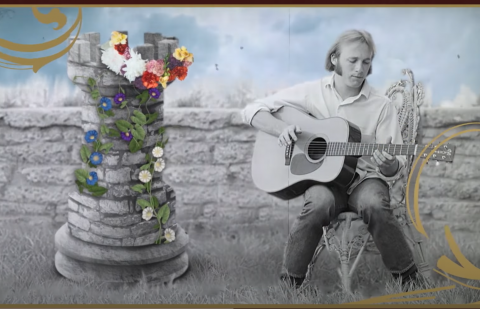 “Ivory Tower” was one of Stephen Stills’ contributions to the Déjà vu sessions that was ultimately left off of the final album. The song morphed and changed over the years, and was eventually released on a later Stills’ solo project as “Little Miss Bright Eyes.” Watch to learn more about the history of the song and the Déjà vu sessions. The deluxe version of Deja Vu, featuring hours of outtakes, alternate versions, and demos, is available to pre-order now at https://Rhino.lnk.to/DejaVu50ID​​. Presented in a 12 x 12 hardcover book, the collection comes illustrated with rarely seen photos from the era and annotated by writer/filmmaker Cameron Crowe, whose revealing liner notes recount the making of the album through stories told by the people who were there, including David Crosby, Stephen Stills, Graham Nash, and Neil Young. Subscribe to the Rhino Channel! http://bit.ly/SubscribeToRHINO​ Check Out Our Favorite Playlists: Rhino Favorite 100 http://bit.ly/RhinoFavorite100​ 80s Hits http://bit.ly/80sMusicHits