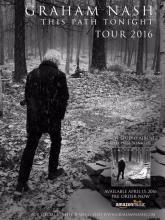 Pre-Orders For His New Studio Album Are Available Now

January 15, 2016, Los Angeles, CA: Legendary singer-songwriter Graham Nash announces 2016 UK Tour dates in support of his new studio album, This Path Tonight, which will be released worldwide on April 15, 2016.  The album will be available on CD, Digital and Vinyl thru Nash’s Blue Castle Label, distributed thru ADA worldwide.

Stereophile and Graham Nash at CES 2016 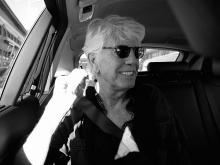 By Jon Iverson Posted: Jan 4, 2016   The premise is simple: how would a seasoned musician react to the sound of their new album on a variety of audiophile systems at CES?   I tossed the idea to Graham Nash, and he agreed to participate in the experiment, more than a little curious about this thing called high-end audio. Graham is always full of energy and very articulate, so should provide some very interesting perspective for Stereophile readers. 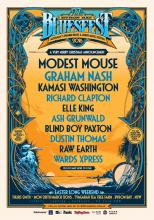 December 15, 2015, Los Angeles, CA: Legendary singer-songwriter Graham Nash is set to perform at the Byron Bay Bluesfest in Byron Bay, Australia on March 25 and 27 alongside guitarist and producer Shane Fontayne. The duo will perform in support of Nash’s new studio album, This Path Tonight, which will be released on April 15, 2016.  The album will be available on CD, Digital and Vinyl thru Nash’s Blue Castle Label, distributed thru ADA worldwide. 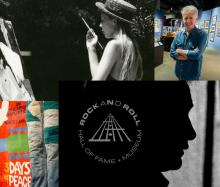 Cleveland's Rock and Roll Hall of Fame and Museum has launched "Touching the Flame," an exhibition of more than 140 objects chronicling the life in music and art of rock legend Graham Nash, from his fledgling years in skiffle bands in the north of England, through his breakthrough with the Hollies and his decades-long journey with 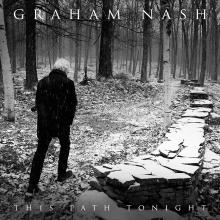 Pre-orders for the new studio album are available now!

November 20, 2015, Los Angeles, CA: Legendary singer-songwriter Graham Nash announces 2016 US Tour and the release of his new studio album, This Path Tonight on April 15, 2016.  The album will be released on CD, Digital and Vinyl thru Nash’s Blue Castle Label, distributed thru ADA worldwide. 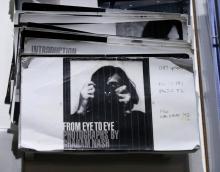 CLEVELAND, Ohio – Graham Nash oozes a contagious passion.   It shows in his voice when he sings, it shows in the photographs he's been taking since he was a child, it shows in his sculptures, it shows in his conversation, and it shows most especially when he's explaining the stories behind the items in "Graham Nash: Touching the Flame,'' the new exhibit honoring the two-time Hall of Famer at the Rock and Roll Hall of Fame and Museum that opens on Saturday.
Continue Reading

For one very special evening, on Wednesday, October 28th from 7 to 10, three defining visionaries of American culture - photographers Henry Diltz and Joel Bernstein, and musician and photographer Graham Nash - will come together in person for a one-hour large-screen presentation, multi-decade retrospective, a meet and greet, and a rare chance for fans to talk directly to them about their life’s work. This exclusive event for 120 people will take place at the newly launched, luxurious Roxy Hotel located at 2 6th Avenue in Manhattan (formerly the Tribeca Grand). 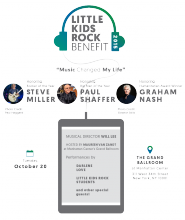 Music changes kids. Kids will change the world! By supporting our event you will help bring a transformational gift to children in cities across the country. Check out table / ticket levels and benefits.

By Troy L. Smith   CLEVELAND, Ohio – The Rock and Roll Hall of Fame will honor two of greatest singer-songwriters of all time with new exhibits this fall.   First up is Graham Nash, the British music legend best known for his pop group The Hollies and as a member of folk-rock group Crosby, Stills, Nash & Young. "Graham Nash: Touching the Flame" will open to the general public on Oct. 17 in the part of the Rock Hall that currently houses "Paul Simon: Words & Music."
Continue Reading 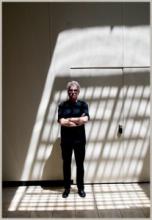 Graham Nash is clearly comfortable around his listeners, given that he treats venues like private living room jams. Before a sold-out crowd at this noted Berkshires hall, the white-haired legend strolled onto a candle-strewn stage clad in denim, all the while noticeably barefoot, accompanied by his musical mate Shane Fontayne on guitars (acoustic and electric).
Continue Reading